Upon arrival, transfer to hotel by shuttle bus

Golden Circle tour and Friðheimar greenhouse cultivation centre (8 hours;SIC) The Golden Circle tour allows you to visit some of Iceland's most stunning sights; Geysir geothermal area, the waterfall Gullfoss, and the UNESCO site Þingvellir National Park as well as to learn about growing vegetables in a country which doesn't get much daylight for most of the year. Friðheimar greenhouse cultivation centre is one of Iceland's biggest greenhouses. We will learn about the magic behind growing delicious, pesticide-free tomatoes with the aid of geothermal heat which Iceland has in abundance. Friðheimar uses pure Icelandic cold water for irrigation and gets help from about 600 bumblebees to pollinate the tomatoes.

Reykjavik city tour (3 hours, SIC)
This three-hour long tour takes you to the most important places of Reykjavík, including the famous Hallgrímskirkja church, named after the 17th-century poet and clergyman Hallgrímur Pétursson. It is the highest church in Iceland at 74,5 metres high (244 ft.) and it took 41 years to build. Construction began in 1945 and didn't end until 1986. It additionally houses the largest church organ in Iceland; it has 5275 pipes, is 15 metres high and weighs 25 tons. Other stops are, for example, Höfði, where the US President Ronald Reagan and Mikhail Gorbachev President of the Soviet Union met to end the Cold War, and Bessastaðir, the official residence of the Icelandic president located at the beautiful Álftanes peninsula. Bessastaðir was first settled in the year 1000 and has since then been an important place in Iceland. Snorri Sturluson, the author of Snorra-Edda, lived there in the 13th century and later on it became a Royal Fortress and the residence of the Norse King's highest ranking officers and officials living in Iceland. The tour ends at the beautiful Harpa concert hall and conference centre in downtown Reykjavík, which was designed by the Danish firm Henning Larsen Architects in co-operation with Danish-Icelandic artist Ólafur Elíasson.

Langjokull Ice Cave Experience (SIC) Visit a unique and remote man-made ice cave in Langjökull, one of Iceland'slargest and most spectacular glaciers. From Reykjavik, we will drive to the lush Húsafell area with stops at Europe's most powerful hot spring Deildartunguhver and the beautiful Hraunfossar lava waterfalls. After a lunch break in Húsafell, we head on up to Langjökull, partly in a specially modified glacier vehicle. It will take us almost to the top of the glacier, where we enter the magnificent cave. Going into the glacier is an unforgettable trip which takes place in one of the world's greatest wilderness.
Imagine standing on an ice cap reaching 200 metres below your feet!

Free time at leisure and shopping

Transfer to the airport by shuttle bus

The above rate based on a minimum of 6 pax travelling together. 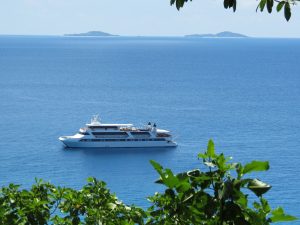 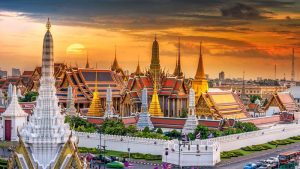